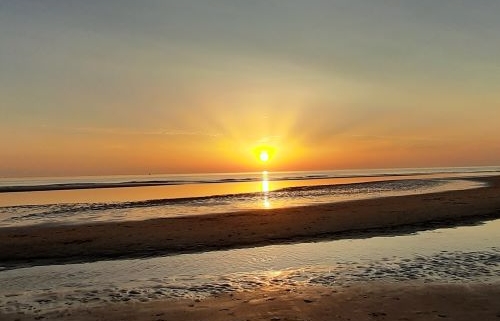 It is a joy to express my heartfelt gratitude for all those who have helped make this newly revised 4th edition of The Jeshua Letters, available to you.

First to author/teacher Alan Cohen, who recognized the significance of the book and both encouraged me to publish it, as well as (in prophetic accord with Jeshua) offered to write the foreword.

To the late Joan Reddish whose financial support miraculously made publication of the original edition possible.

To Sara Patton for manuscript preparation.

To Sandy Button, who left a secure corporate job to land here in in Bali and, beginning in 2006, has been a tireless administrative helpmate for all facets of my work – from managing Alam Cinta Ashram in Ubud, as well as virtually every creation flowering from the development of the Way of Mastery Pathway. I can’t imagine how it could have all occurred without her.

To all the many students from around the world that have dived deeply with me into the alchemy of genuine spiritual transformation; your flowering souls are proof to me of the power of Love.

Lastly, and eternally, to my friend Jeshua ben Joseph, unseen yet ever present, whose love has healed my heart and who has kept me an ancient promise, delivering me Home, guiding me into the depth of truly understanding the dynamics of Separation, and the Way of enlightenment and how to convey it usefully to others, from the humble beginnings of a doubting, reluctant, scared, and wounded man of thirty-seven to this present being of sixty, who could not have imagined where He was leading me at all, fulfilled, at peace, and having a ball helping others heal and really awaken into the extraordinary life of Christ Mind. His Love and guidance is the inspiration for my Work and life; I shall never be able to let my creations say “thank you” enough.

A note for the reader

You will note that my name in this book is ‘Marc’. For the past several years, it has been ‘Jon Marc’. My friends call me ‘Jayem’, which is the name I prefer, just for its simplicity!

As a child, and through much of my adult life, my name was ‘Marc’. However, I always felt – even when very young – that the name was somehow incorrect, and that my name should be ‘Jon’. And no ‘h’ please!

In the mid ‘90s, as a result of exploring in depth what is commonly called the ‘shadow’, including intensive birth and womb healing work, I added ‘Jon’. The result was an immediate and strongly visceral shift; a movement into a deeper sense of wholeness.

When I announced this to my mother, she shared – after she lifted her jaw from the floor – that the names originally chosen for me and my identical twin brother, were ‘Jon’ and ‘Marc’. My brother died three days before my birth by emergency cesarean. In all the confusion, the names were changed; ‘Marc’ was ascribed to me, while ‘Martin Jon’ was given to my brother.

It appears that from the time in the womb, I already knew what I was really supposed to be named!

However, it has always seemed appropriate to me to remain faithful to the use of ‘Marc’, especially because no words uttered herein by Jeshua have ever been edited or altered by me whatsoever. What you read is exactly as He first said them to me.

I would also like to point out – especially to former readers of the original edition – there is some expansion here, revealing more of what I experienced during these first few years with Jeshua. Originally, much material was withheld at Jeshua’s request; what is added here is also by His guidance. I can only assume it is timely.

Want to join the discussion?
Feel free to contribute!